Welcome to this week’s blog update and all I can say is WOW, what a mad week it has been away from fishing, a week where I feel I have not had a minute to think and every evening has been taken up with one job or another.  This week has really got me thinking of the blog come September when our baby girl arrives and how the current format of updating my blog every Monday night is, in reality, going to be very difficult for me.

Most weeks I follow the same cycle with my fishing I go fishing on a Saturday or Sunday or both sometimes and then write my weekly blog after work on the Monday night.  The writing of the blog can take me anywhere between 2 to 4 hours to complete depending on how many trips in that week and how many pictures I need to upload and as the due date for the baby is getting closer and closer I feel I am struggling to find this time on a Monday and feel when I do I am rushing and fitting it in around other jobs.  As you will have noticed there was no update this week on Monday and although the blog was wrote and all in place to go live on Wednesday night I decided to hold it back to publish on its new day of Friday.  So from now on all my updates will be going live on a Friday evening.  This gives me all week after the fishing to write the blog and get it together and allows me to do a little each night.

This week I had only one opportunity to get out on the bank and I chose to spend it on Woodshaw Reservoir searching for one of the 3lb crucian that are reported to live in this beautiful water.  I had all week to prepare for this trip and plenty of text messages where banded between both me and uncle on our plans for the day.

My plan for the day was to fish the pole close in off the edge of the reeds and bait wise I was going to lure the crucians in with a ground bait mix I have real faith in.  The ground bait in question is Dynamite baits Silver X ground bait and to this I added dampened micro pellets, corn and a sprinkling of maggot.  Crucian carp fishing is some of the most exiting fishing you can do as they readily give their presence in the swim away by the stream of pin prick bubbles they produce as they sift through the bottom hovering up the particles of bait you produce, sometimes culminating in theses bubble engulfing your float and eventually, if you are lucky the float gently slides under.  The mix I had put together was aimed at keeping these fish grubbing away in my swim for the maximum amount of time and I had every confidence this mix had enough small particles to do that. 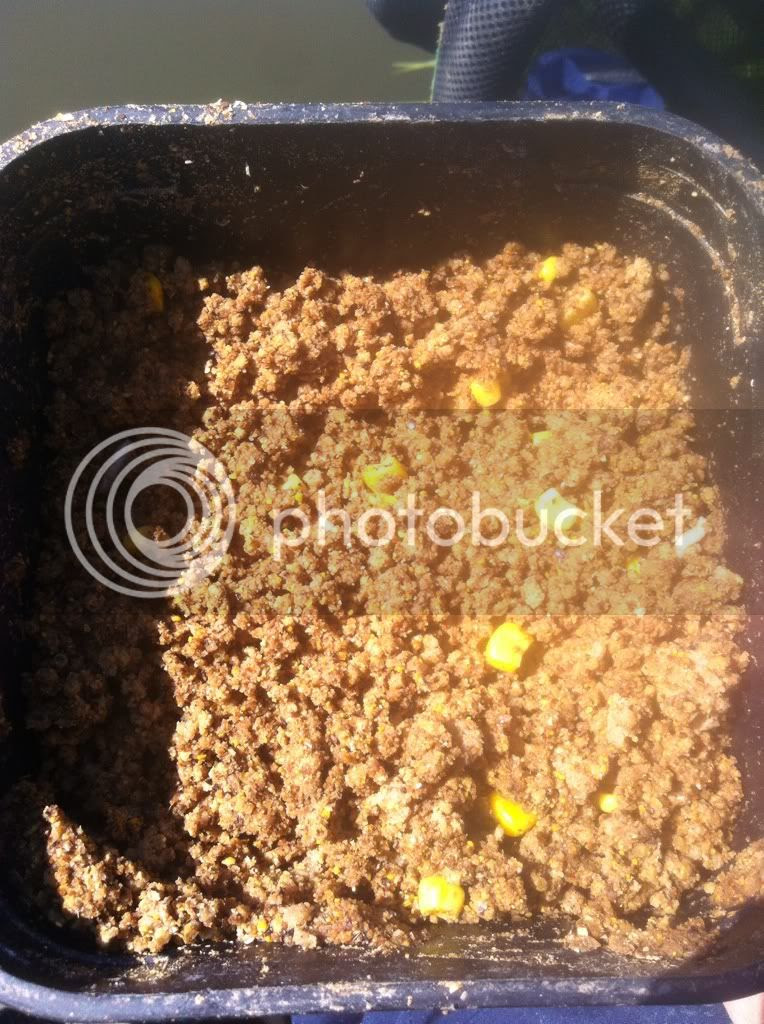 Crucian carp have one other characteristic, apart from being very aggressive bottom feeders, they are renowned for being the most delicate of biting fish sometimes making the float dip a few millimetres so when crucian fishing our rigs have to be as sensitive as they can to pick up even the slightest sign of a fish.  I knew my regular pole float would take 5 number 9 stotz to bring it down to the bristle but after experimenting I noticed by adding a number eight shot instead of a number 9 shot it lowered the float so it was a mere pin prick, a setup that would pick up if a crucian carp even breathed heavily on the bait!!  I believe strongly in finding a style of float that suits you and sticking to it, in both my river trotting and pole fishing I only use one type of float design, this way you can learn how that float fishes and more importantly when there is something not right with how its fishing.

The weather I believe is the biggest factor we should take into account when fishing and all week the country had been basked in glorious sunshine with temperatures soaring to around 26 degrees in places.  These insane may temperatures inevitably brought in reports far and wide on the forums of fish starting to spawn and I just hoped that come Saturday it wasn’t the crucians turn on Woodshaw to spawn.  With the promise of Saturday’s weather being windy but very warm we made a point of arriving on Woodshaw in the cool early morning when we knew our chances of a decent fish were at their highest. 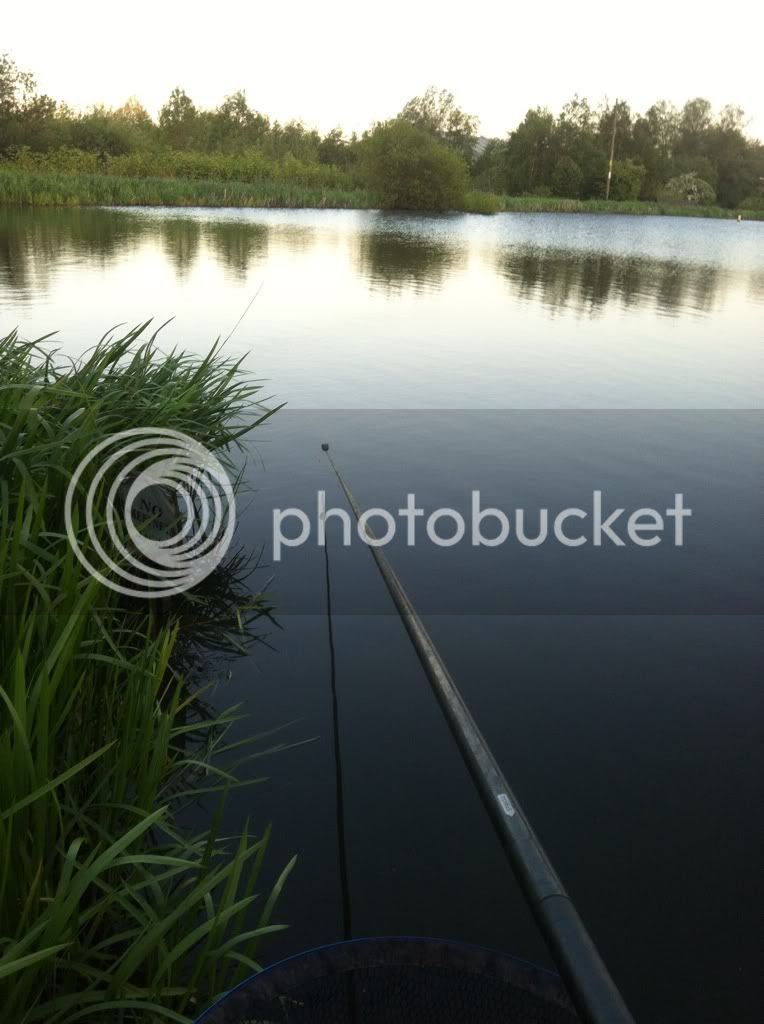 Saturday I was joined by both my dad and uncle on the bank and both had adopted different tactics to me, my dad was fishing the float using a rod and reel while my uncle joined me on the pole but was using hemp seed as his base to attract the fish in.  We all shared one similarity though and that was we all had plans to fish corn on the hook.

The fishing on this venue can be frantic at times due to high density of roach that reside here but my biggest fear for the day was that the pellets in my ground bait would attract vast numbers of small skimmers into my swim.  This fear was put slightly to bed when we arrived as it seemed great numbers of bream where busy spawning in the reeds.

Fish came into all our swims straight from the off and while the songbirds reached the end of their morning dawn chorus all three of us where busy catching all varieties of fish.  I glanced over the pool towards the car park to witness a heron stalking the bank for his breakfast and it amazed me just how much patience these birds have.  The heron must have spent a good hour and half patrolling the bank without so much as a strike at a fish before calling it a day and moving on, I did consider trying to get a picture but knowing how shy herons are I felt it not right to disturb him.

The first few fish to the nets where all small roach and palm sized crucians but I then had a stoking bite that buried the float, no messing around here I thought and expected to strike into a tench if I was honest.  Striking I felt solid resistance and then nothing as the line slowly lifted towards the surface a bit like when you catch a bream solid for a few seconds but soon give in, what broke the surface baffled us all, a fresh water mussel and hooked fair and square in the shell. 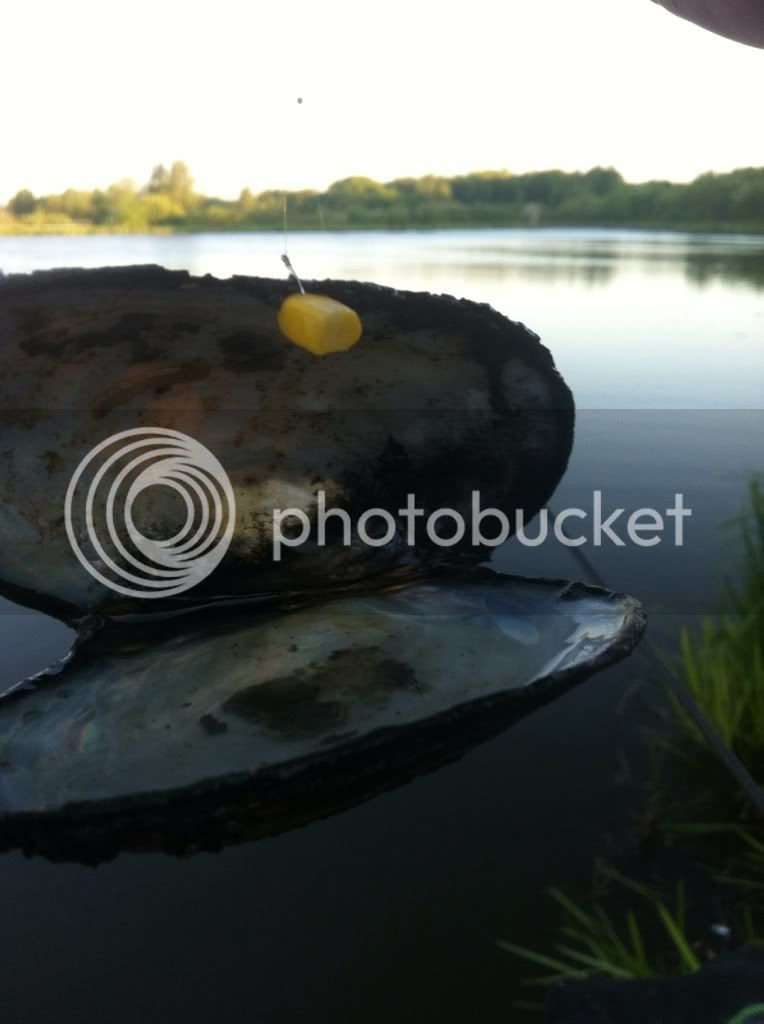 Not long after returning this specimen some decent crucians descended into my swim and they slowly began creeping up towards that 2lb mark and culminated in this lovely marked fish which weighed exactly same as last week’s pb of 2lb 2oz, may even have been the same fish as I was in the same swim. 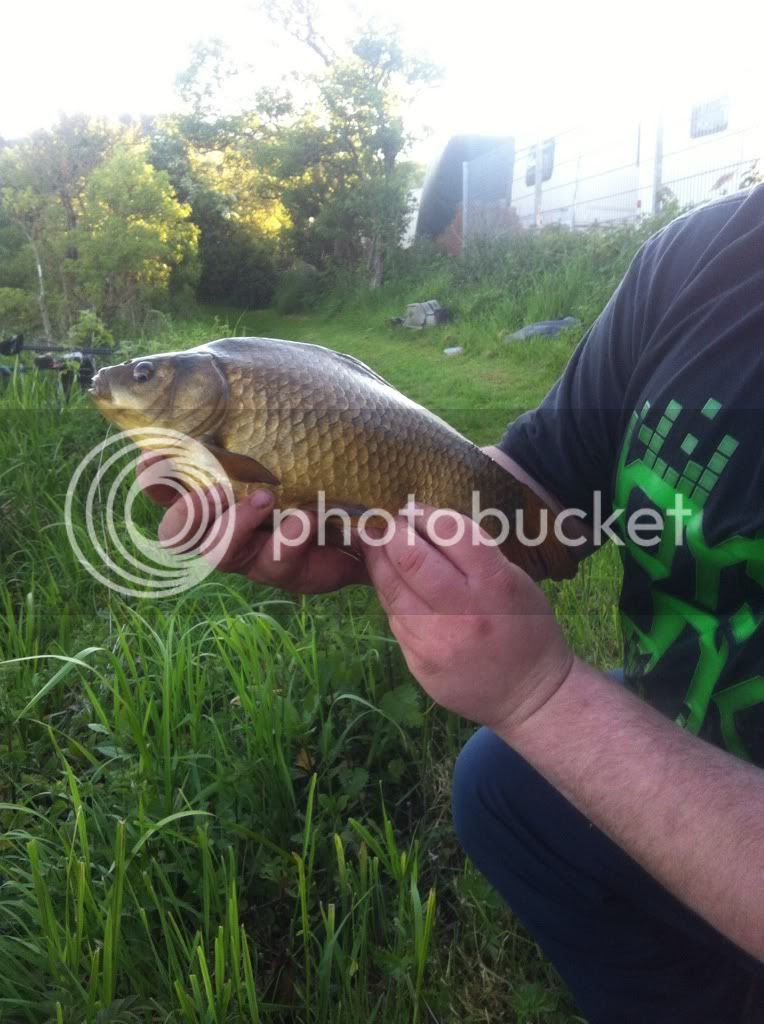 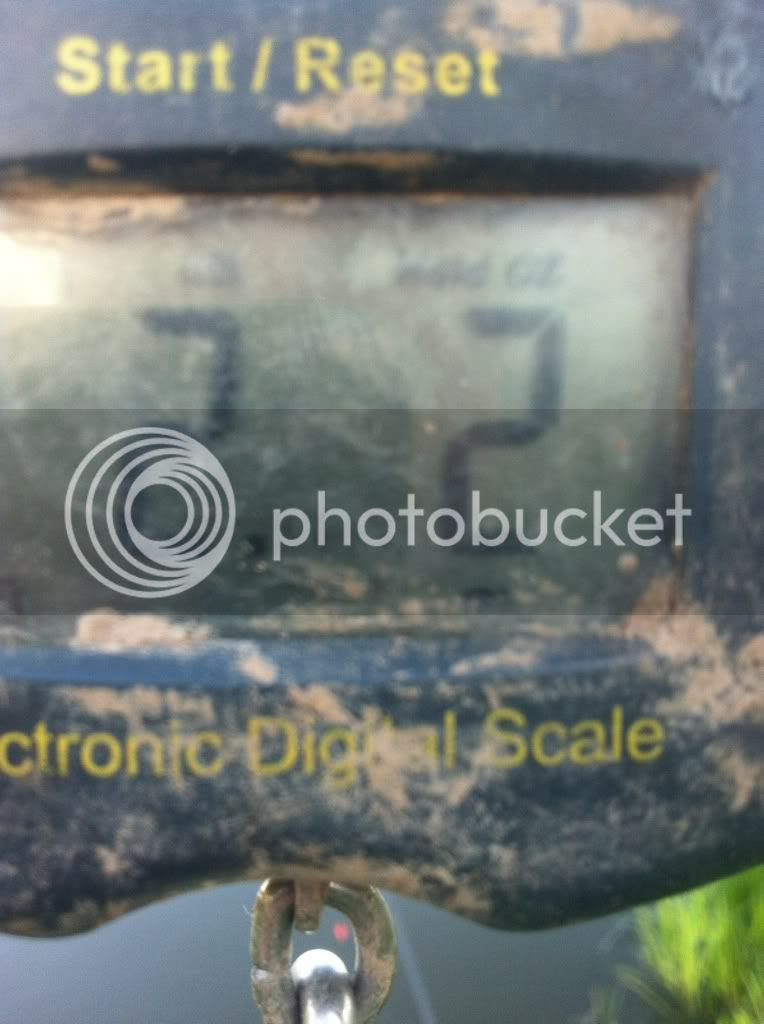 I continued to catch a net of around 30 crewies and some really lovely bream and also got snapped a few time by rogue carp or tench, fishing for these crewies you really have to fine your gear down and getting the tench out when you hit on is a matter of luck if the fish turns, unfortunately mine was out this day.  My uncle also had some nice crewies in his swim as well some top quality roach with the best of his bunch is shown below. 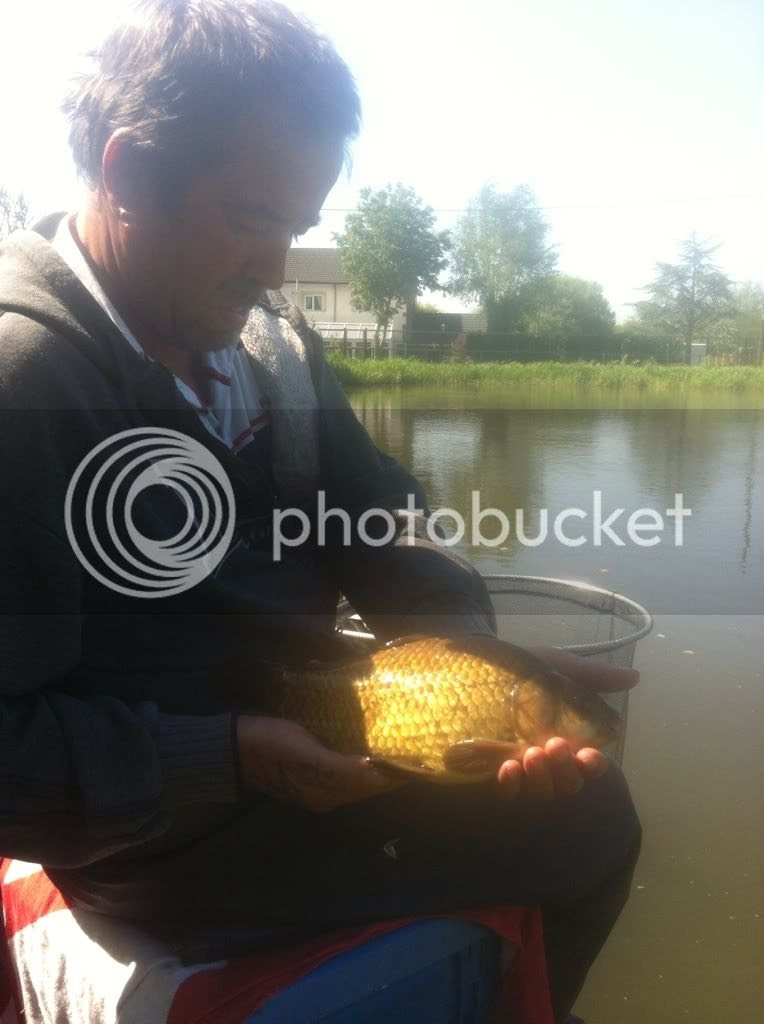 It may seem like I cut mine and my uncles trips short in the above paragraph and I did for a good reason, this blog for the last few months has been a lot about me and my uncles catches and my dad has missed quite a few of the trips out and has struggled when he come back with us but Saturday in my eyes belonged to my dad he caught some exceptional fish on Saturday with nice crewies and bream coming thick and fast and you know what it really made me happy to see him enjoying his fishing again, meant a lot to me, well done dad!!! 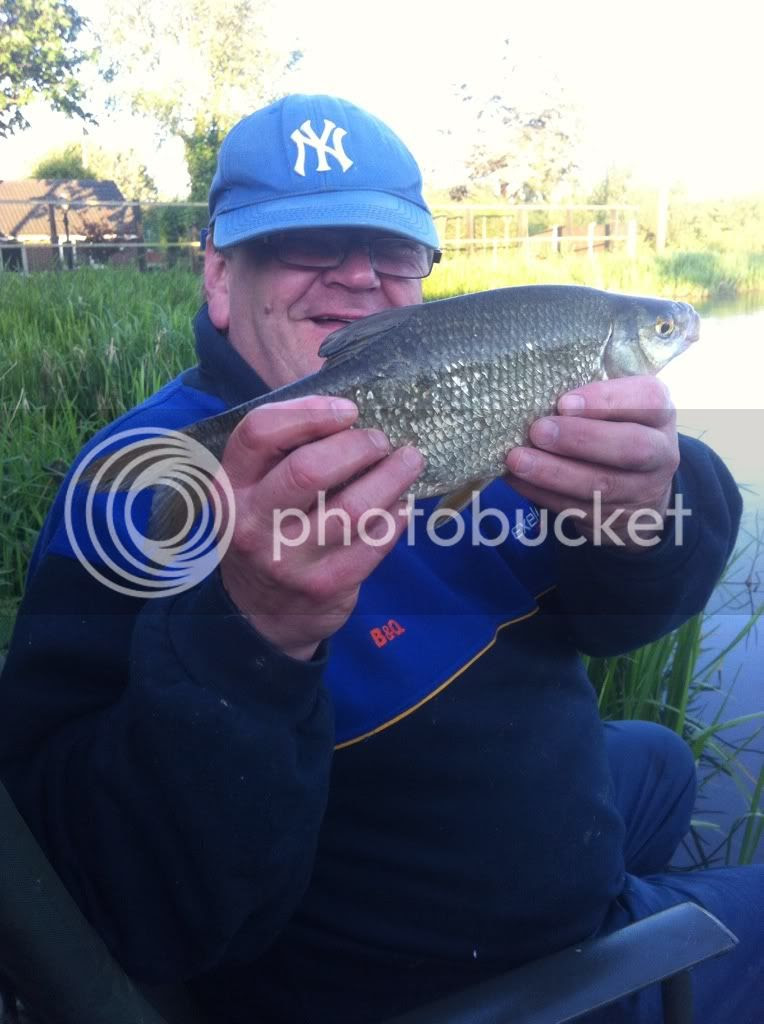 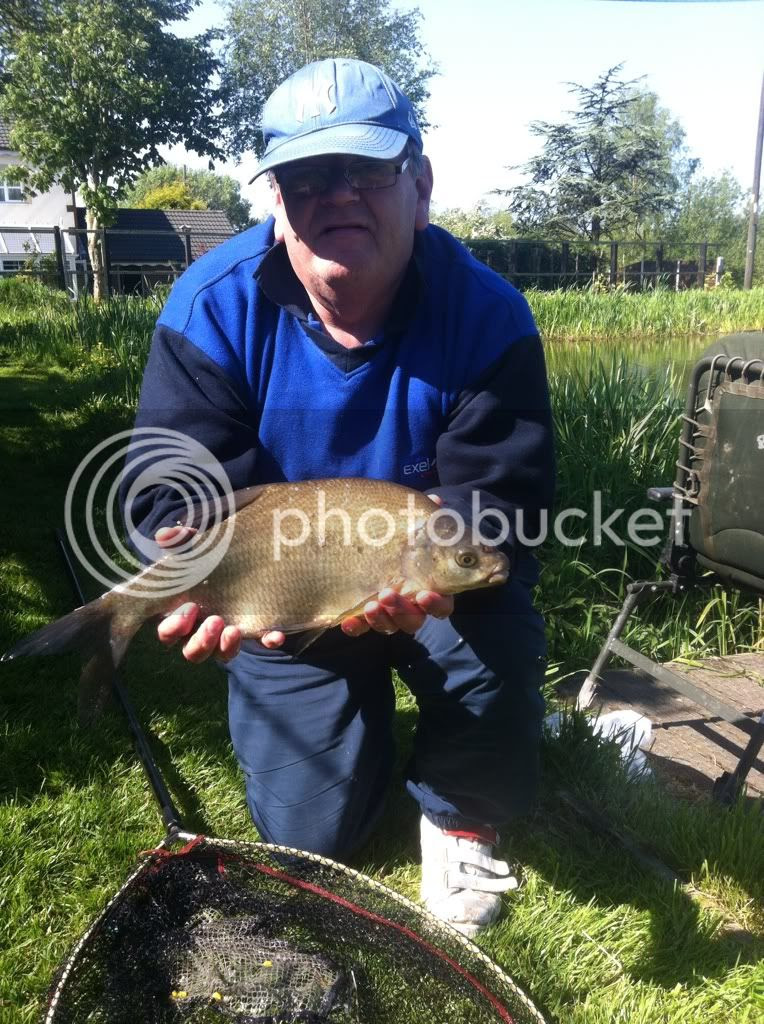 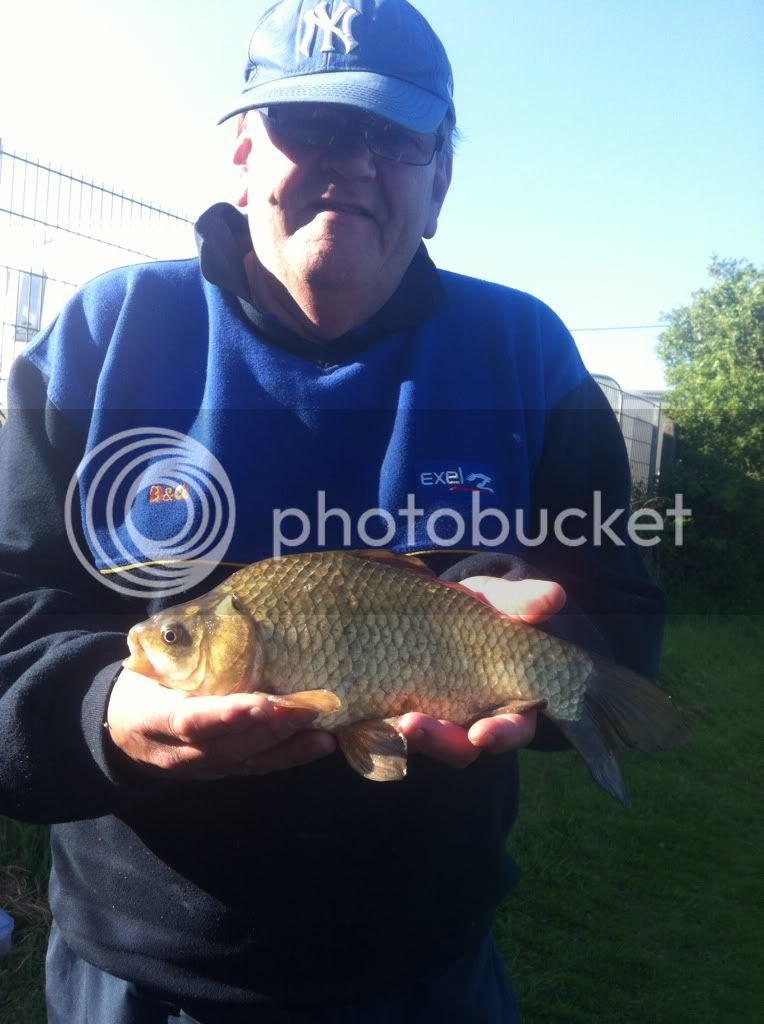 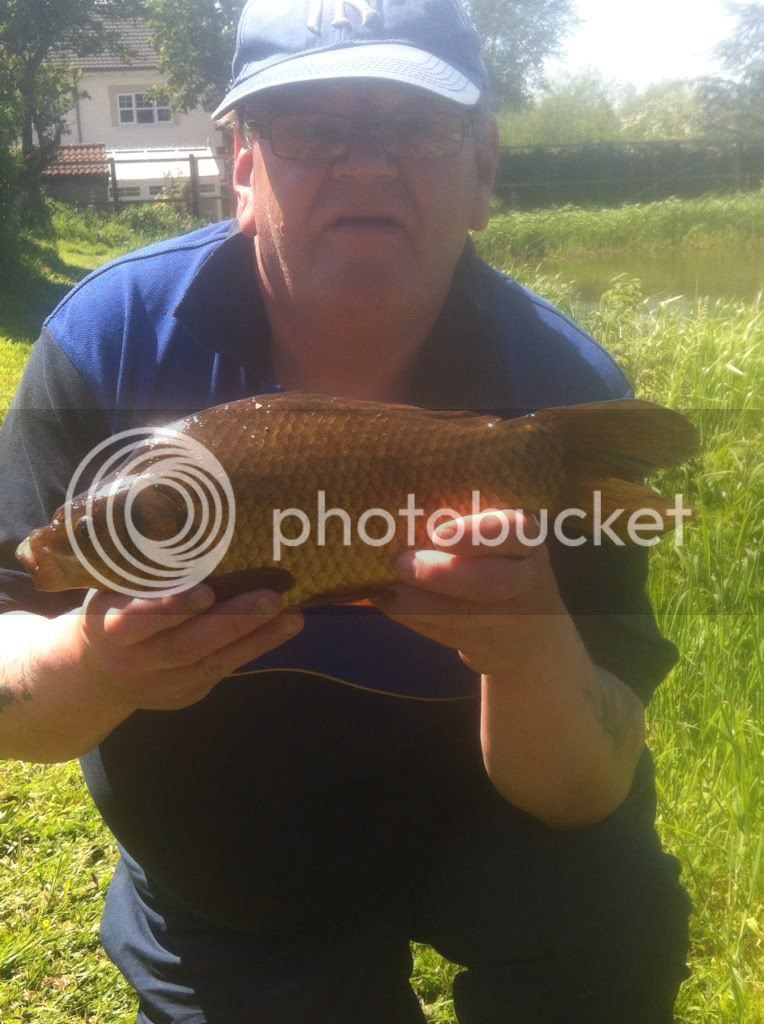 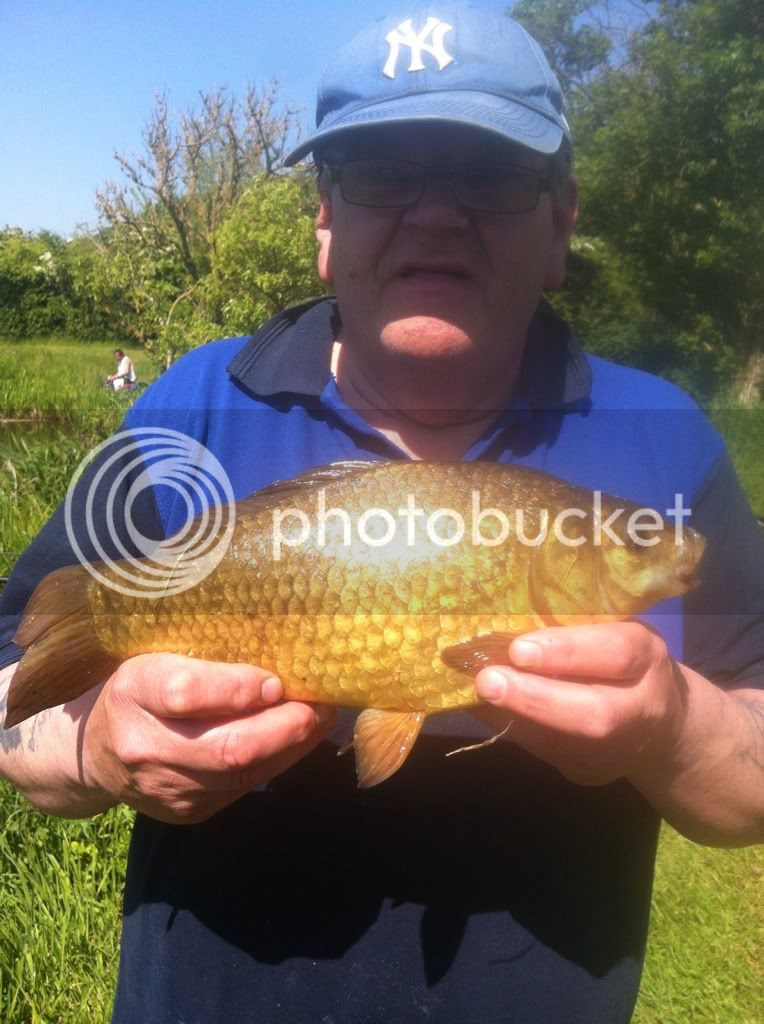 So that marks the end of this week’s visit to the bank and next week’s blog update will be the last one before the glorious 16th and believe you me we have got some plans for the river season this year, I really cannot wait, all that remains between now and then is to pick up a few bits I will need for the coming season.  Next week’s update will include some of my plans for the coming season and some targets I want to achieve.