Hello and a warm welcome to this weeks angling blog i hope i find you all well and your nets wet.  The first frosts have arrived and for some on social media they seem to think its the start of winter but in reality we have just left behind the first day of autumn.

When asked what my favourite season is i always reply with autumn.  Yes spring brings the most drastic change of all with the brag browns replaced with such vivid and bright yellows of the daffs and the freshness that comes with the green grass and first leaves on the trees.  That is in  itself a magical season but for me Autumn is where its at.

The sycamores, always first leaves to go, start to turn that dark yellow and dry crispy brown tips appear on their leaves as they prepare to jettison their leaves before the strong autumn winds arrive to free them of their mahogany shiny fruits and amongst the vast lines of sycamores you always seem to get that one maple tree who's leaves turn the most magnificent shade of vibrant red, i love the colours of autumn as much as i love the exceptional fishing it offers. 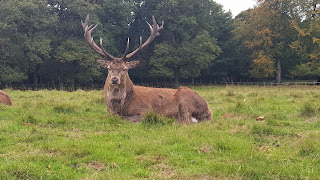 The midway point in September and my mind definitely is on two species and that is roach and pike.  The pike season is just within touching distance and you can almost imagine the biting cold on your face and the smell of the pike pro rotting leaves in your nostrils as you begin to prepare your pike gear for the season ahead.

For seasoned pikers its the start of the continuation of last years hard work, walking the same paths hoping to find them pike just a bit bigger but for others it can be a time where pictures of pike can inspire them to want to get out pike fishing for the first time and its these that this blog is really aimed at.

Some of us are fortunate that we have other people to take them and show them the ropes but that is not the case for many, for some its a case or trying to learn online and put that in practice on the bank so in this blog i will cover a simple float set up i use on Rivers, Canals and Stillwaters.  The rig is sensitive enough to show early bite detection and versatile enough to use on many different venues and that rig is the Simple Float Ledger Rig

Hardware
- Just what i use for my piking, some go lighter some go heavier

Slide the float stop onto your braid and slid it up out of the way.  Thread two beads onto your line and then thread your float onto the braid as well.  Next is the Stubby sinker and finally i tie a Palomar knot to attach the swivel to the complete the rig.

So as you can see in that video blog above the rig can be used to suspend a bait off the bottom of fish a bait hard on the bottom of the venue.  If you are fishing a river with more flow simply up the weights of the float and the weight you use as the basic mechanics of the rig will still work.

I hope this blog update helped you out if you are new to piking and tight lines for the coming season.  If you do read this and put it in practice please feel free to follow the blog on facebook and post your catches on there.

tight lines and i will catch you soon